The rock band OK Go, original from Chicago, is well known for making music videos with very creative choreography, as “I will not let you down” two years ago. Their latest creation is “Upside Down & Inside Out”, a music video with an awesome choreography performed at zero gravity. What you see in the video is real. There are no wires or green screen…

This production was made possible with the cooperation of the Russian airline S7 Airlines, who provided an aircraft capable of emulating zero gravity for approximately 25 seconds by flying in parabola at high altitude, the same technique used for training astronauts.

OK Go members spent nearly a month in Russia filming the video, having to take medication to control nausea, commented the band in interviews.

The music video was shot in one take, but with hard editing work. After 2 months of planning and three weeks of training in Russia with a total of 21 flights and 58 incidents of vomiting between the team (members of the band did not vomit because the high doses of anti-airsickness medicine). 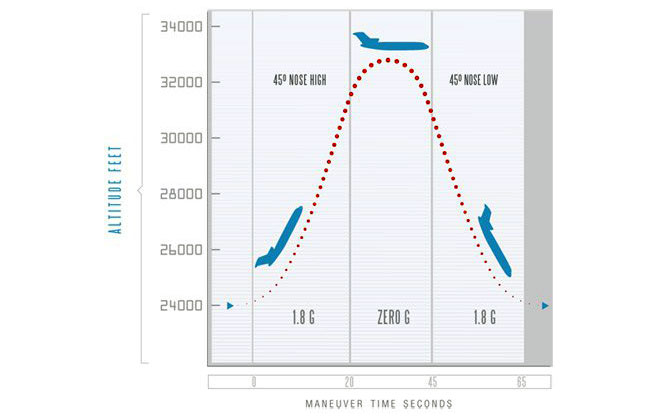 To achieve the video the plane flew in parabola, to emulate zero gravity for around 25-27 seconds in the time that the ship is near the apex of it.

What they did was to stop completely when the plane was in recovery times. The music stopped and the band members and other choreographers froze in their positions. Then they remove those “freeze recovery” parts and softened transitions with a morphing effect.

What do you think about this amazing zero gravity music video of OK Go?