A reporter from the BBC, Richard Scott, was the first to report from the inside of the Virgin’s spaceship at the Mojave Desert near Los Angeles, they hope that in a couple of years the spaceship Virgin Galactic will be ready for space tourism enjoyment.

“The biggest challenge for the ship is not flying, is to anticipate what could go wrong, because it is a single ship”, says Pete Siebold, a test pilot.

Space travel will start in one location in New Mexico, its strategic location in the desert is because it enjoys clear skies 340 days a year, says Dave Wilson, an employee of Virgin. The first spaceport, was designed by renowned architect Norman Foster. 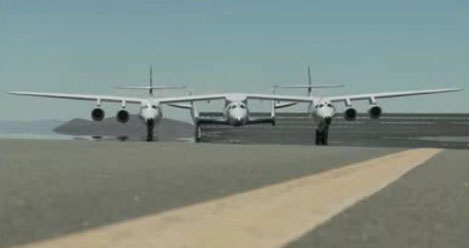 Note that the ship has never been in space, even in test flights. “Our goal is to bring people into space again and again”, says Matt Stinemetze of Scaled Composites, the firm that built the vehicle. “I think in the first or second year, the goal of this program is to bring perhaps thousands of people into space. So this changes the game. In the next twenty years all of us will know someone who has been in space”, Stinemetze claims.

The amazing thing about this ship is the trick that has to return to the land, folding its wings, giving it greater stability and less resistance, that combined with its light weight produce an easy reentry into the atmosphere. Then its wings go back to the normal position in order to land on the surface.

Who would not want to live this exciting adventure? Too bad the price is about $200,000 per person, although more than 400 people have already made ​​reservations.

Your Journey Into Space Starts Here