The Sims arrived to Facebook a week ago and it is already among the top 10 applications with more than 22 million active users, according to AppData. That was fast! 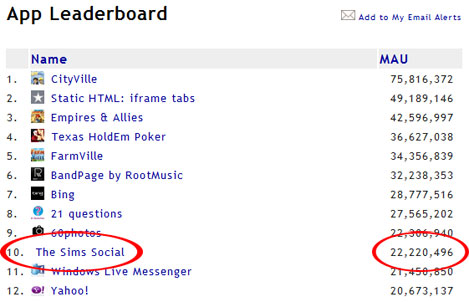 This classic from Electronic Arts is climbing positions as fast as posible and no wonder why, The Sims has always been a game with a big hook since its launch back in 2000, followed by several new versions and patches, it has exceeded 100 million copies on sales, generating more than 4 billion dollars in the first 8 years (an average of $500 million per year).

As we can see the game dynamics are essentially the same, but in this Facebook version EA has opted for a cartoon style to its graphics, which gives an air of freshness to the game. 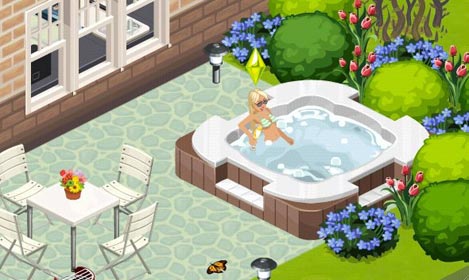 Experienced players may be a bit disappointed to know that they can not create whole families and play different generations on this version of the Sims. Despite that, I warn you, if you do not want to sacrifice productivity you better stay away from this game. The Social Sims can be really addictive!