Marvel announced that after the death of Peter Parker, the heir of Spiderman’s suit will be Miles Morales, a young Hispanic/African-american who will continue Parker’s legacy protecting New York from villains. We will see Morales as the new Spider-man starting from the fourth issue of “Ultimate Fallout”. It’s worth mentioning that hardcore fans of this classic superhero adventures is that they can continue reading about him in “The Amazing Spiderman” line of comics, in which Peter Parker is still alive and well. Meaning that Morales will be donning the suit only in the Ultimate Universe.

During the events of Ultimate Fallout, the Green Goblin kills Parker, who before dying uttered the final words “I could not save Uncle Ben, not matter what I did. But I saved you. I did”– turning to his Aunt May. 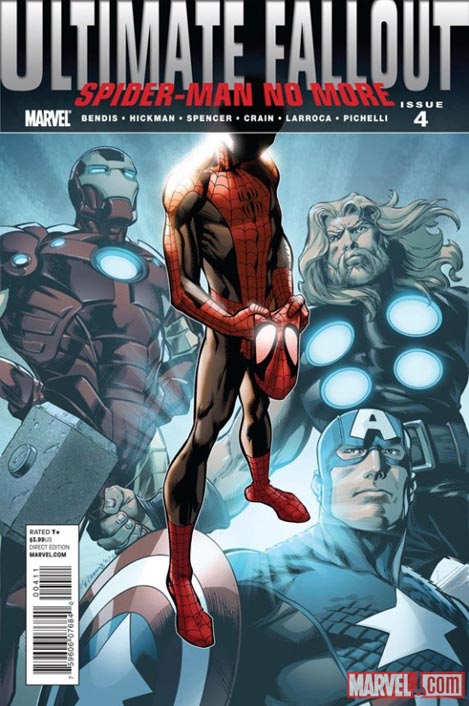 Ultimate Marvel is a comic imprint which began operations in 2000 aiming to attract young readers and new fans with alternative stories and revamped immages of the most popular Marvel superheroes such as Spiderman, the Fantastic Four and the X-Men. According to the publisher, Miles Morales will discover that he has “great powers but also great responsibilities and therefore he will have to face enormous risks when it comes to protecting the big apple”, in fact Marvel calls Morales “the most important new character of the century”.

In a public statement Marvel’s chief editor, Axel Alonso (who is the son of a Mexican father and British mother) said that “when an opportunity to create a new Spiderman showed up, we knew it had to be a character to represent diversity both in origin and experience for the XXI century”.

Taking a good look at some of these new changes we have to wonder if is this a political or socio-cultural strategy as it was in the case of Captain America?. Captain America, who was created as advertising and propaganda to represent a free and democratic America opposed to an imperialist Europe, had to be revamped in 1964 when Stan Lee gave it a twist depriving the Captain from its nationalist elements while giving him more sensitivity and humanity. By the twenty-first century, Captain America became the perfect example of the superhero who can turn even against its own government, if such government was against the superhero ideals of justice, freedom and equality.

The human being is a social by nature and it tends to get together with other indivuals akin to it: We are always looking for someone to set a good example to follow. Being so, Superheroes (even if they are not real) are worthy role models for young people. Thus, this new idea of an african-american Spiderman may be an attempt to influence the public into changing a little the awareness and prejudice that many have on people belonging to a minority, or it might be just another situation where political interests are involved? What do you think?